Offering a range of marriage ceremonies to suit all weddings, these are the most recommended marriage celebrants in the Northern Beaches. 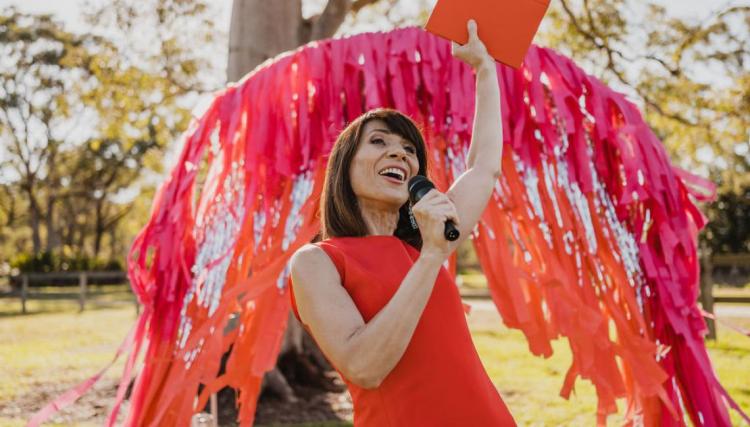 Zoe Sabados is a vibrant and fun marriage celebrant who officiates individually tailored wedding ceremonies that tell the love story of her couples. She's one of Sydney's most popular celebrants, bringing with her a colourful burst of entertainment that preps and livens an audience and sets a fun vibe for the rest of the day.

Zoe's celebrant motto is "no boring bits" and she brings practical and fun ideas to make sure your guests feel warmed with love and excited for what's coming next. Expect an endearing ball of energy with a laid back attitude and infectious sense of fun. MC packages available. 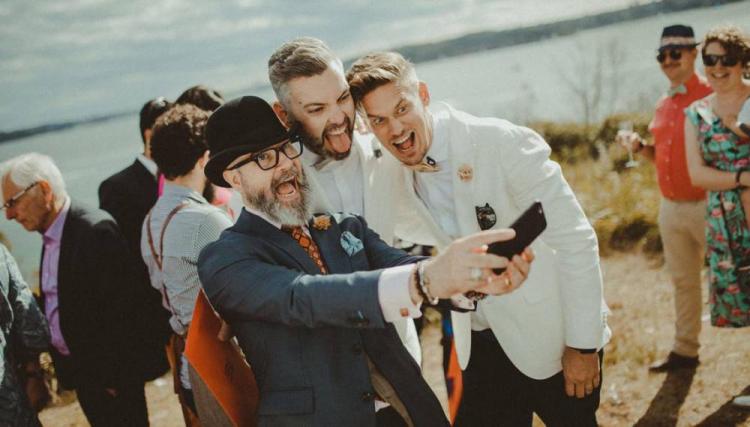 The effervescent and eternally well dressed Ben Ager gets our title of Sydney's quirkiest marriage celebrant. He has a wardrobe of 3 piece suits in every colour, and tends to officiate both formal and relaxed garden weddings. He's regularly spotted officiating civil ceremonies on the parks & headlands overlooking the Northern Beaches.

Ben brings 20 years experience as an actor on stage, film and TV to your wedding ceremony. He has a relaxed sense of humour, is a great entertainer and is interactive with guests, making them feel a part of the celebrations. Wedding fees start at $1,200 for fully customised weddings and legals only from $550. 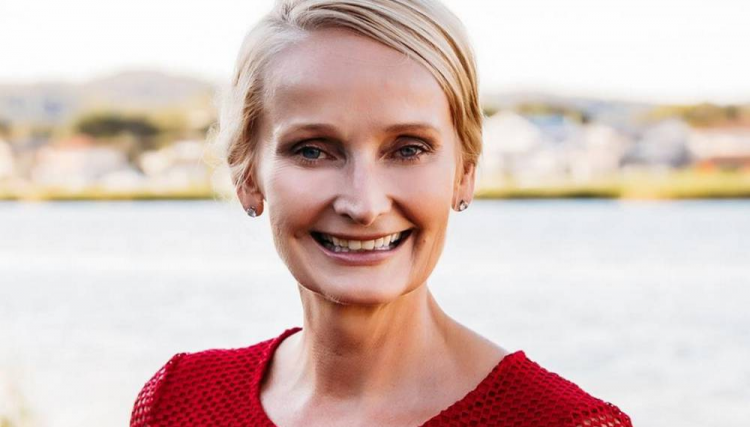 Trish is one of the few marriage celebrants located on Sydney's Northern Beaches who guarantees only one wedding on any day. This means you'll have Trish's undivided attention on your wedding day and it won't matter too much if you're running a little over time.

Trish Johnson is a highly experience wedding celebrant having married more than 650 couples in her career so far, and has a particular knack for including elements of surprise into her ceremonies. She's previously surprised couples with a love note from their dogs who couldn't attend the wedding. 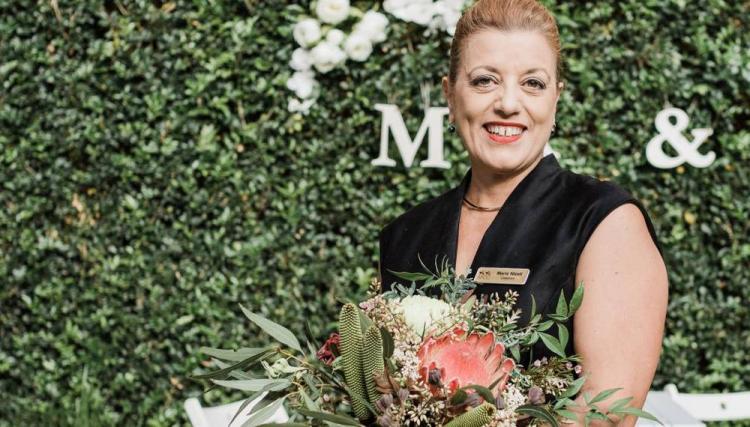 Maria is a full time marriage celebrant getting couples hitched in English and Italian throughout the Northern Beaches of Sydney. She has a fun and bubbly persona and a caring nature and her primary consideration is making sure her couples are well looked after.

Full of positive energy, Maria offers an attentive service and happily shares her knowledge and helpful tips with couples. Brides & Grooms who are planning a wedding from outside of the Northern Beaches will find Maria's local knowledge very helpful. 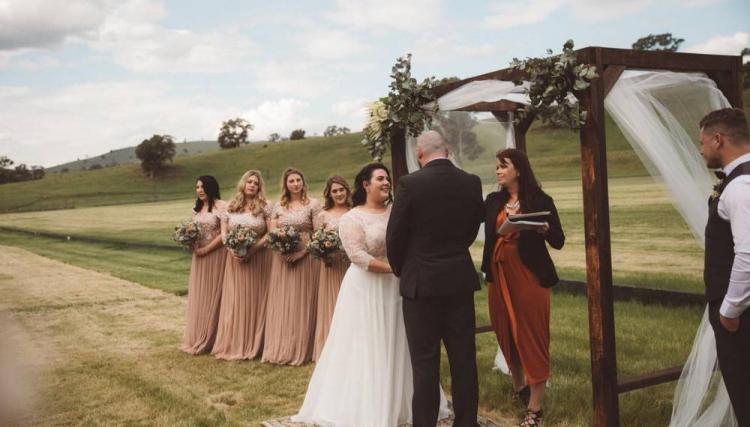 Eliza wins the award for biggest celebrant smile in Sydney. She has a happy and bubbly presence and brings a positive energy that ensures her couples are calm at the altar so they can enjoy the moment they tie the knot.

One of the great things about Eliza's wedding ceremonies is the way she steps out of view during the big moments such as the vows, giving of rings and first kiss. This ensures the moment is just about the two of you, and gives your photographer an opportunity to capture beautiful candid portraits. Wedding fees start at $700 for a personalised ceremony and $400 for vow renewals. 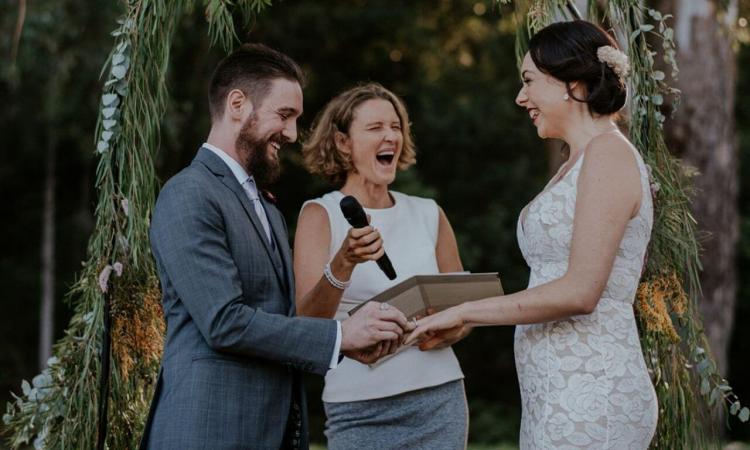 Meggan is an internationally published writer who spent a year in India studying to become a yoga teacher. So if you're looking for a chillaxed and happy wedding celebrant who will deliver a highly personalised and meaningful ceremony, Meggan is an excellent option.

Telling incredible stories is what Meggan is all about. Her wedding packages range from $817 for a no-frills self-customise wedding to $2,250 for extras including video recordings. With a background in journalism including experience as a TV and radio broadcaster, Stephen knows how to craft and deliver an entertaining civil marriage ceremony. Inclusive, tailor made wedding celebrations with a laid-back vibe are his main gig.

Stephen also offers a professional live streaming service that enables guests to watch your ceremony by sending them a website link. 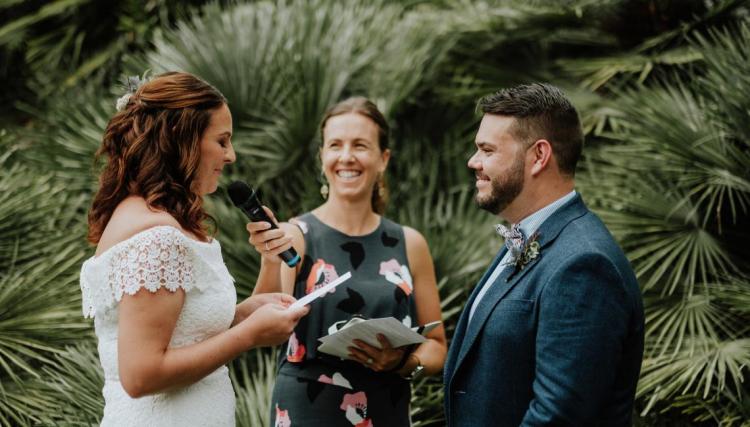 Andrea is a down-to-earth marriage celebrant based in the southern suburbs of Sydney who will travel to the Northern Beaches for couples she connects with. Her weddings are relaxed, genuine and heartfelt and written around the values of her couples.

Andrea is not so much an entertainer, instead she is focused on facilitating meaningful moments between the lovers who she marries. Wedding fees start at $550 for legals only and go up from there. Otherwise known as The Wedding Pixie, Robyn is one of Sydney's busiest marriage celebrants. She's regularly to be found officiating weddings and sharing love, hugs and her infectious laugh across the Northern Beaches.

Robyn is full of happy energy, has a great sense of humour and is renowned for her excellent efforts at learning passages and orating in languages foreign to her. Mixed culture and Chinese civil ceremonies are among her specialties and she'll guests of all backgrounds laughing through your service.

Celebrant fees start at $900 for fully personalised ceremonies and upgrades are available to MC your wedding reception. 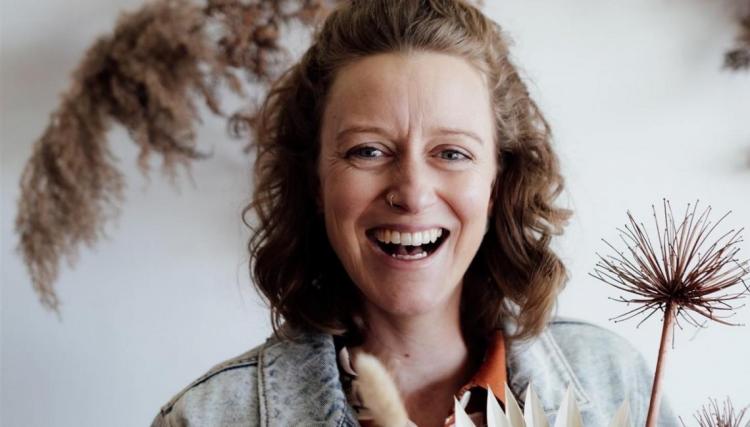 Meredith Downes is a fun loving wedding celebrant who delivers heartfelt, relaxed and humorous ceremonies focused on why you're getting married. She's a regular at country venues on the Central & Southern Coasts and often found spreading her warmth at ceremonies on the clifftops of the Northern Beaches.

Meredith delivers fun filled love celebrations that have been described by her couples as "super meaningful". When she's not conducting wedding ceremonies Meredith likes to relax at her pottery wheel. 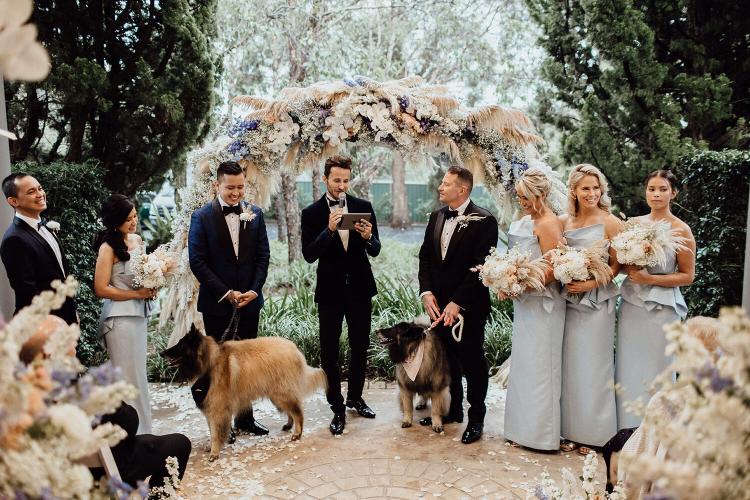 Andy is a gay marriage celebrant who offers inclusive wedding ceremonies for all couples. He is bilingual and right at home orating in both English and German. One of Andy's defining differences is his exceptionally elegant way with words. He's an excellent communicator able to converse with guests of all backgrounds, corporate professionals in particular.

Andy has a proactive approach to marrying his couples, bringing interesting ideas that set the perfect individual tone. He is responsive to his couples needs and as a result, his Brides & Grooms regularly report feeling calm and at ease at the altar. 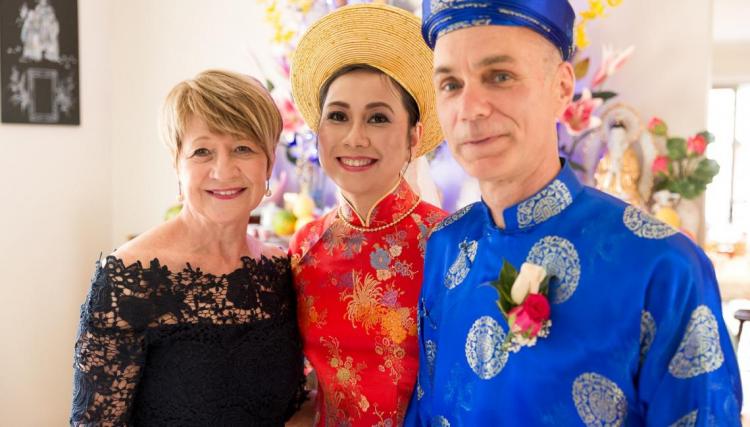 Pauline brings a wealth of experience incorporating cultural rituals into wedding ceremonies. She's been involved in everything from hand fasting to Hindu and Jewish rituals. Having conducted many civil celebrations on Sydney's Northern Beaches, Pauline is a fountain of knowledge on locations and vendors in the area.

Are you a marriage celebrant in the Northern Beaches? Create a free business listing to join.