Looking for a marriage celebrant in the Blue Mountains, NSW? The Blue Mountains region in NSW offers an eclectic collection of highly experienced, modern wedding celebrants from intrepid mountain hikers to television actors.

Celebrants in the Blue Mountains provide a range of wedding packages from elopements and legals only ceremonies to bespoke celebrations that feature your own love story and personalised vows. Wedding fees start at $400 and go up to $2,000+ depending on your chosen celebrant and the level of personalisation required in writing your wedding ceremony. 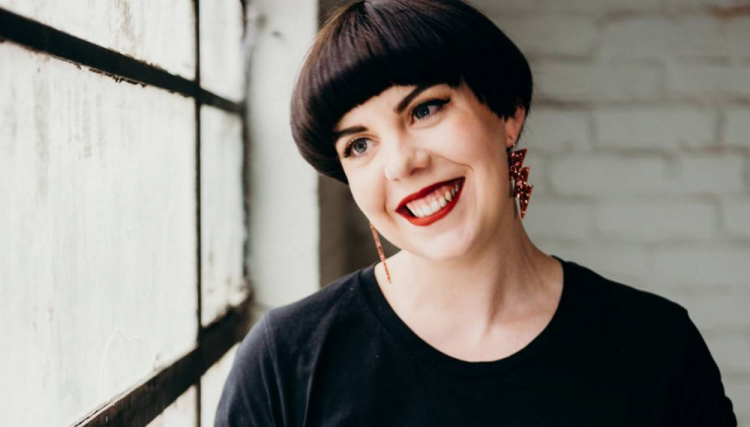 Legals words, several signatures and two witnesses is all it takes to get married with Jac. She's all about misfits doing it your own way. Expect less aisle walks, no stiff seating arrangements and more "bow-chicka-wah-oww". Get married in your favourite cafe, dive bar or the backseat of your panel van. She also does Katoomba cliff tops and pyjama weddings a la Kurt Cobain. Marriage fees start at $666 for registry office style weddings and $750 for legals only ceremonies. 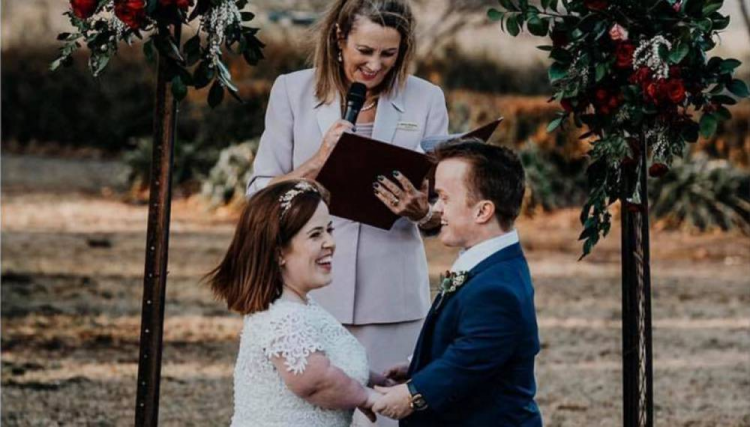 Janice Bradley is a local Blue Mountains marriage celebrant who delivers ceremonies that speak about you, your love and your relationship. Janice believes your ceremony should express your values and beliefs, take you on an emotional journey and express the joy of your love and friendship. Clients appreciate her great communication before and after the wedding. 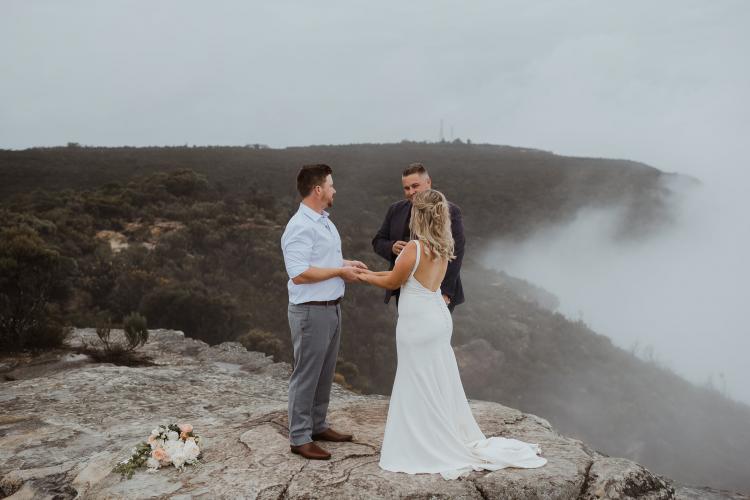 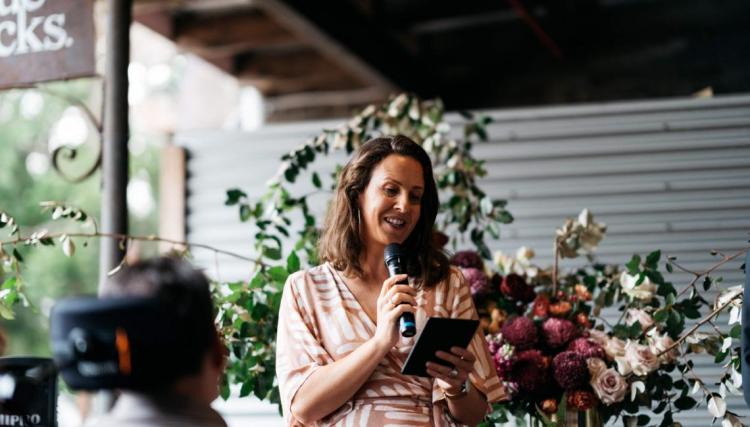 Andrea's relaxed approach to marriage ceremonies translates to genuine and heartfelt moments that are a true reflection of her couples. She's not there to entertain, but will instead help you create a ceremony that focuses on your values. Andrea is often described as down to earth and loves the ocean, yoga, reading and cooking. 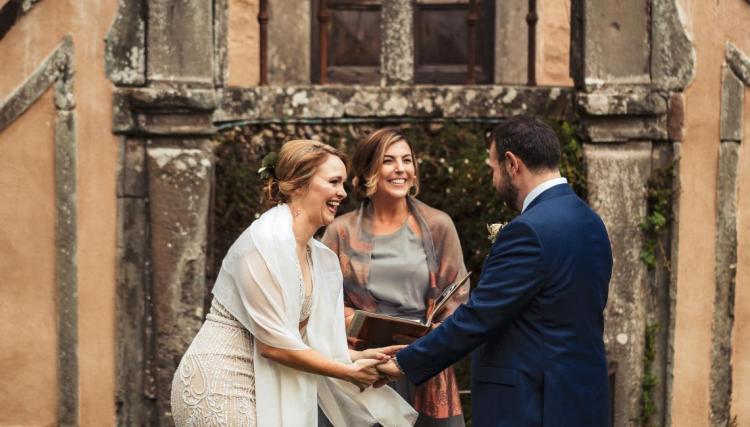 Nicola is a self described 'hopeless romantic' who's delivered more than 150 marriage ceremonies in the Blue Mountains, Sydney and internationally. During the winter months in Australia she specialises in European destination weddings. Proficiency in Italian and Spanish, Nicola can not only perform your wedding in latin countries but can help you liaise with suppliers too. 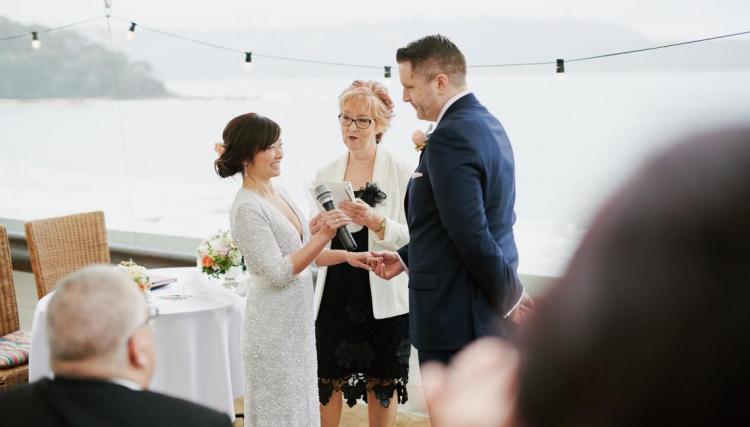 Getting married on Xmas or New Years Eve and struggling to find a marriage celebrant? Cherri is your lady. She goes above and beyond for her couples including being generous with her time on special dates. She's also got a wonderful knack of making guests feel part of the celebrations and putting her couples at ease. 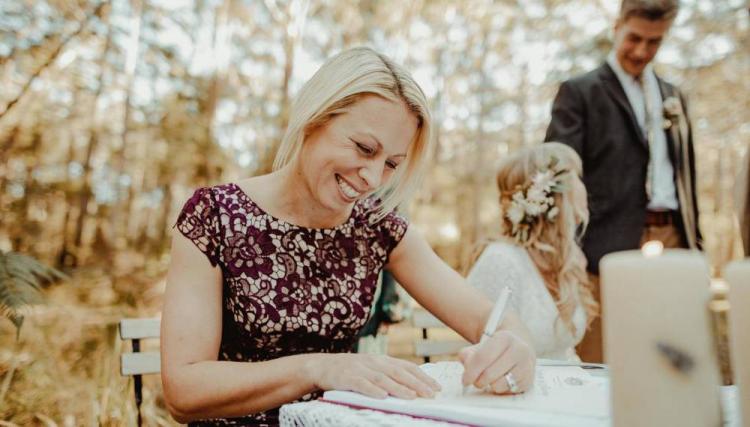 A regular at weddings in Lithgow, Mudgee and beyond, Nicky is a destination wedding specialist and will happily travel to your Blue Mountains wedding to get you married. Over half of Nicky's ceremonies are performed at destination weddings for Sydney based couples. Expect a great balance of humour and heartfelt. 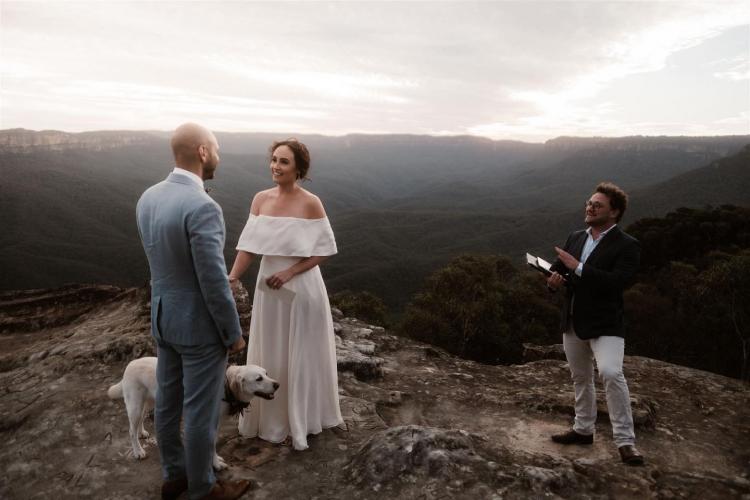 If you're into hot-air ballooning, scuba diving, bridge climbing, love animals and are modern-minded you'll have plenty in common with Ollie. And if he looks familiar, you've probably seen him on TV in ads for major fast food brands or banks. Ollie delivers creative marriage ceremonies that feature off-the-cuff, non-scripted moments with dashes of humour. 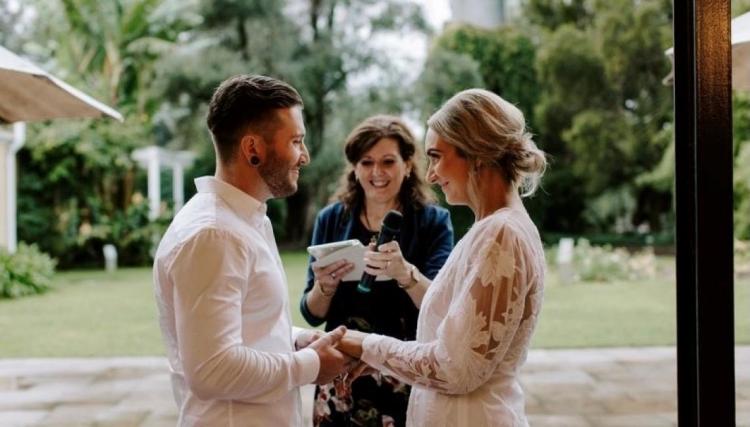 Robyn is the sort of marriage celebrant who cares about her couples weddings as much as what they do. She is described as "a kind soul" by so many of her couples and creates love filled ceremonies based on their wishes. She's an open and friendly celebrant who will even host your wedding ceremony in her back garden.

Rather not trawl through an entire list of Blue Mountains celebrants? These curated shortlists are for you. Here are the best marriage celebrants for whatever type of wedding you're planning in the Blue Mountains, NSW.

Have a Blue Mountains marriage celebrant to add? Create a free business listing to get started.